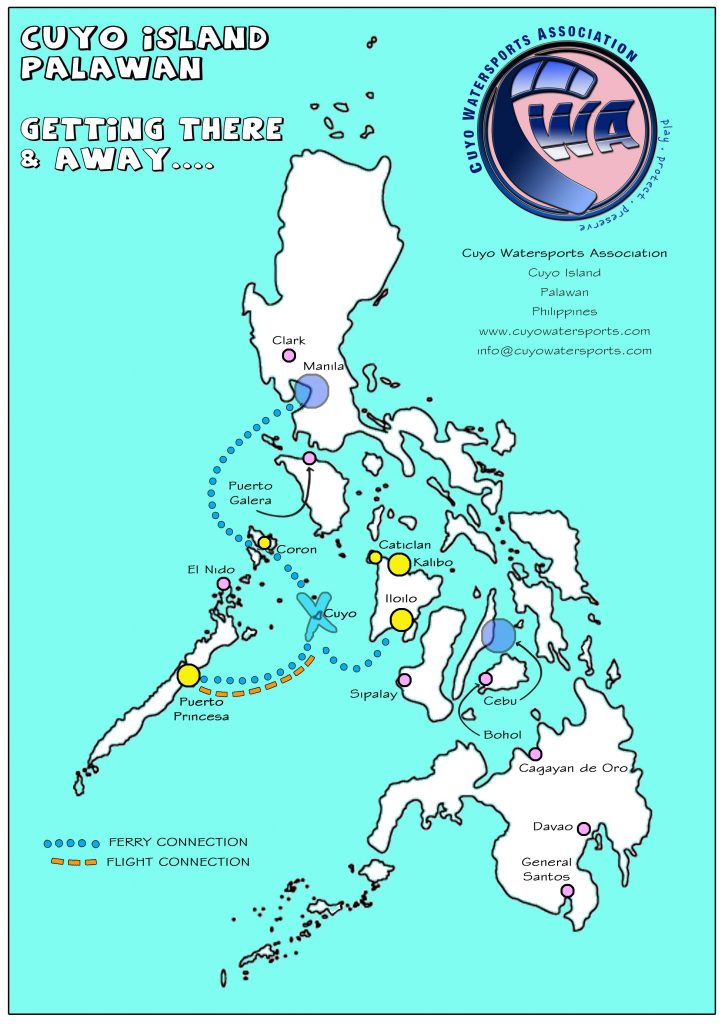 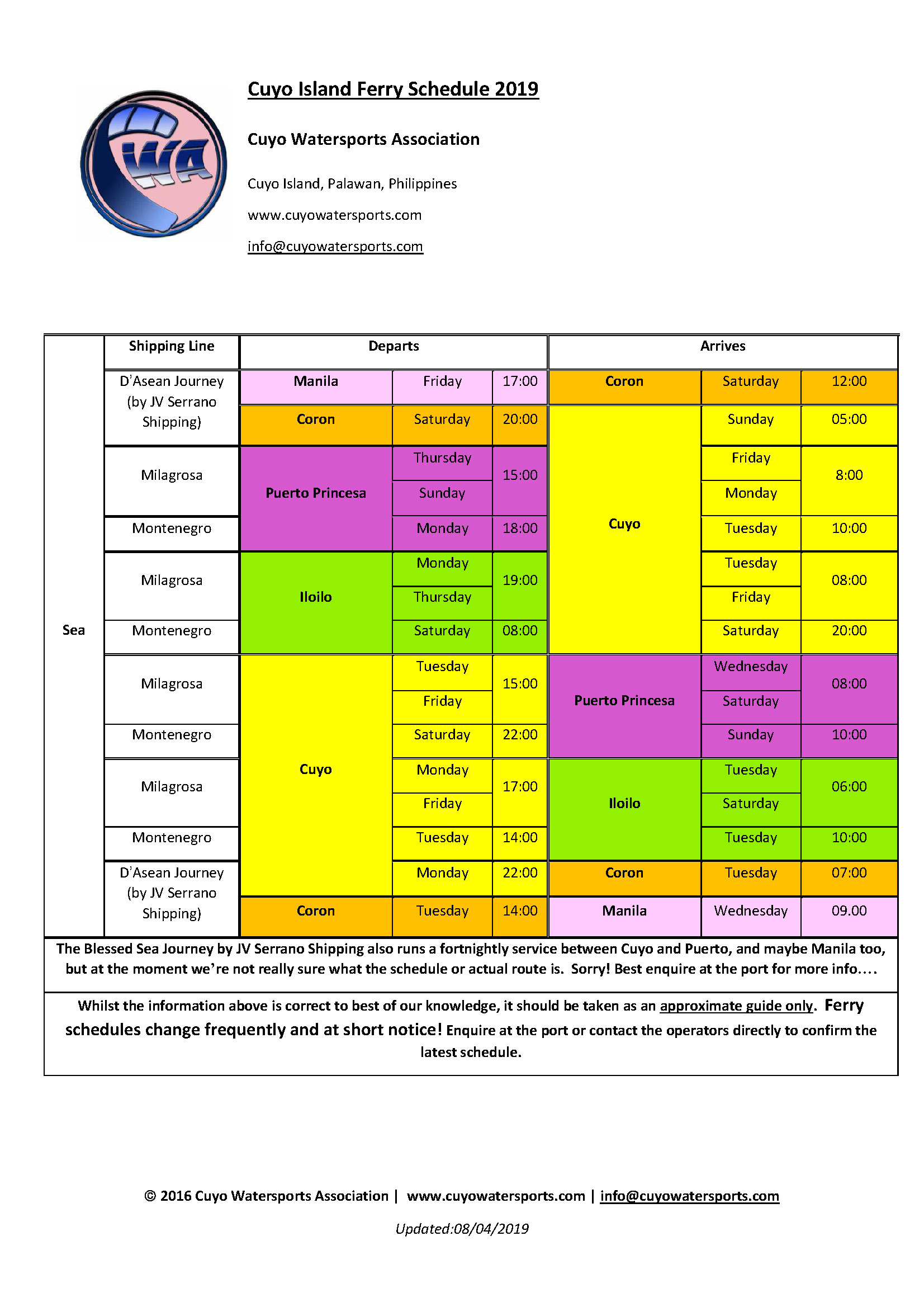 Both Milagrosa and Montenegro Shipping Lines operate routes between Puerto Princesa, Cuyo, and Iloilo regularly throughout the week.

MV D'Asean Journey (run by JV Serrano Shipping Line) operates a weekly service between Coron and Cuyo.  After stopping in Coron for day, the ferry travels onwards to Manila (and vice versa in the opposite direction), so this is an option for anyone wishing to take a ferry directly between Manila and Cuyo.

All ferry schedules can change frequently and at short notice, especially during periods of extreme or unpredictable weather.  Enquire at the port directly for the latest information.

Passenger ferries are a popular choice for kiteboarders coming to Cuyo, due to their generous luggage allowance (usually somewhere around 80kgs) and lower fares, but are not recommended to those with limited time or tight schedules. The ferry schedules are notoriously unreliable, and delays of several days at time are not unusual.  Current departure dates and times should be confirmed at the port with the operators directly. 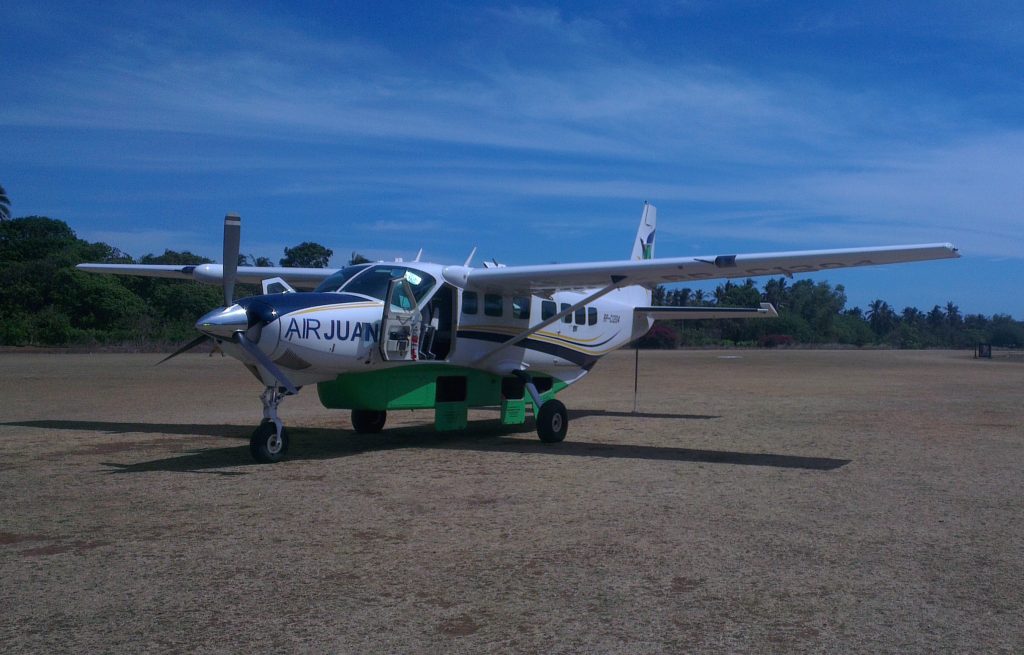 Update 04/09/2019:  Air Juan have 'temporarily suspended' their service to/from Cuyo, and there is currently no further information available about when or if flights to Cuyo will resume.  Please check their website www.airjuan.com for any updates, or email reservations@airjuan.com with direct enquiries.

Until further information is available, anyone planning a trip to Cuyo should be prepared to take a ferry and allow for extra travel time to/from Cuyo.